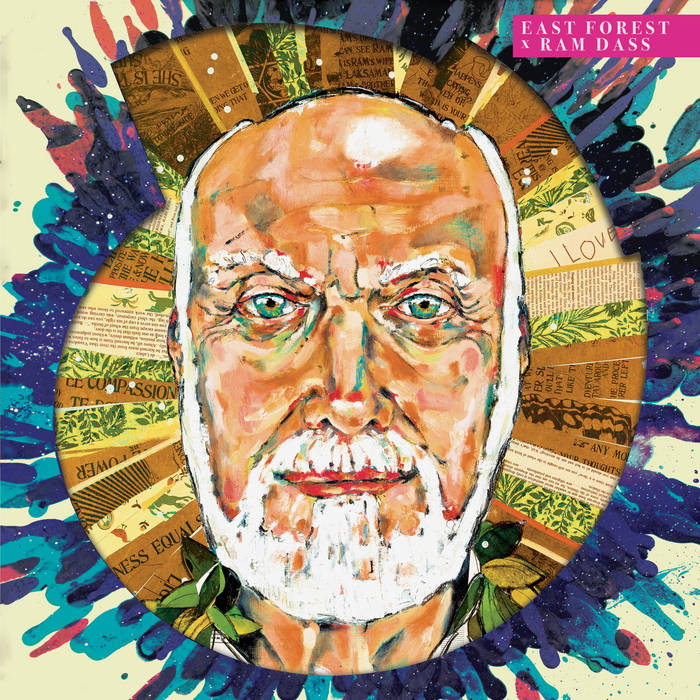 Dove Souland
Soul and Soul
Land and Land
of my heart
of my breath
from the formless
to my form
to all forms
to all One
Soul to Soul
Land of Souls
Souls
I meet you there
I see you
Dancing
Smiling
Walking
Breathing
Loving
and whole
at home
together
We are One
One Pod
in Souland
ready to grow
ready to bloom
ready to flow
ready to be
Beloved
Be Loved
Be Love
Be
Love.

chilidavis Beautiful work from an amazing artist....has been instrumental on my integration journey Favorite track: Home.

**This is the complete Ram Dass album (aka "Chapter IV" of our 4 part series) that includes all 14 final songs.

East Forest was invited to Ram Dass’ home in Maui to join in conversation and record brand new teachings from the legendary teacher. After capturing these words of wisdom, East Forest returned to his studio in the high desert of Southern Utah to compose the soundtrack to beautifully support each songs’ subject. In these new recordings, Ram Dass’ words speak masterfully to the modern challenges that so many face with technology, dark thoughts, the nature of the soul, and so much more. The new East Forest record also features guest appearances from the likes of Trevor Hall, Stic of Dead Prez, The Mynabirds, and Grammy nominated artist, Krishna Das, all framing Ram Dass’ teachings with contemporary voices and cementing the 88 year old spiritual teacher into an echelon of relevancy and immediacy — offering a direct antidote for a highly polarized nation that is deeply in need of a universal voice of wisdom, connection and unconditional love.

All music written, produced, mixed and engineered by East Forest

All field recordings captured in and around Ram Dass' home on the island of Maui, Hawaii

With a deep bow to Neem Karoli Baba for his eternal guidance. Ram Ram.